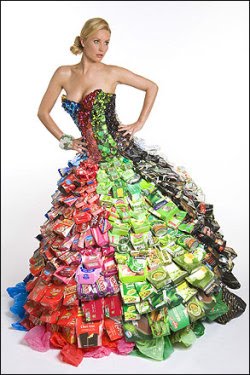 According to Dr. Feltwell in his book cited earlier, about twelve thousand silkworms would need twenty sacks of mulberry leaves a day. About 220 kg of leaves (485 lbs) would produce a kilogram of silk (2.2 lbs).

Most of the cocoons are used to recuperate silk, so not many pupa turn into moths. An important step is to place the cocoons in boiling water for a period of time. This takes off the glue-like substance secreted by the silkworms which holds the cocoon together. In the hot water bath most of the pupa are killed. For moth production, only the best cocoons are chosen. It is possible in the cocoon stage to determine if the moth will be female or male, as the female cocoons are heavier. Thus, the appropriate numbers of male and female moths are allowed to develop to support the next generation of production.

In the heyday of silk production in France, many cocoons would be produced by individual families. One needed access to a substantial supply of mulberry leaves, and an appropriate number of eggs were distributed from the local silk cooperative. The individuals would make room for cocoon production in their attic or another suitable building. This was not a simple venture, however. The process was very labor intensive, and there had to be a constant supply of mulberry leaves ready. Silkworms are also prone to disease, and one had to be very careful in raising them. They needed to be kept warm, and normally wood stoves were used to heat the rooms they were raised in. If fresh mulberry leaves were too hot, however, the silkworms could become ill, so the leaves had to be left in the shade for several hours to cool. At one point the famous doctor Louis Pasteur was called to the silk region to determine the cause of a mysterious illness of silkworms. He eventually determined it was a particular virus and suggested cleanliness procedures and that moths be chosen from only the best cocoons.

After the cocoons were harvested, they were taken back to the cooperative and weighed, and the families that raised them were paid, their work for the year completed with regard to the silk industry. Next the cocoons were shipped to a factory were they would be sorted for quality. The silk thread extraction process from the cocoons came next, and machinery has existed for many years to help in this process. Tying the ends of the delicate silk fibers to the machines was another delicate process that required good touch and experience to perform properly. After the threads were unwound from the cocoons they were wound onto spools and eventually placed on looms and woven into fabric. The cocoons which contained pupa that were allowed to continue on to the moth stage were not usable for silk production. The moth had to excrete a chemical and essentially burned a hole through the cocoon, and this meant the silk was damaged.

Considering all the above effort, it is not surprising to see that the production of silkworms and silk tended to shift to locations and countries where low cost labor was available. Thus China and India are the leaders today. Of course the introduction in the early 20th century of synthetic fabrics like rayon and nylon had an enormous effect on the silk industry, but there will always be a demand for the real thing. Silk is a luxurious and versatile fabric that has an allure which will always be in demand.…